How to Draw Pointed "Elf" Ears

How To Digitally Paint A Backg..

How to Draw Pointed "Elf" Ears 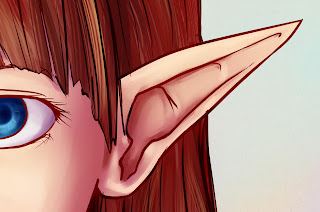 Whether they are on elves or another race entirely, pointed human-like ears are fairly common in fictional works.

This tutorial will show step by step how to draw  pointed ears, starting with the proportions of a human ear as a base. 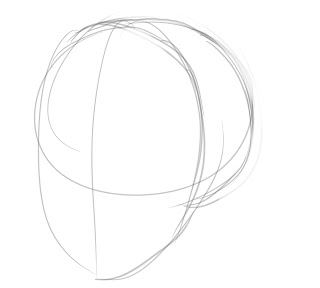 First we need a head to stick the ear onto. It’s perfectly alright to draw the head in you’re own style, we just need one for the sake of placing the ear. 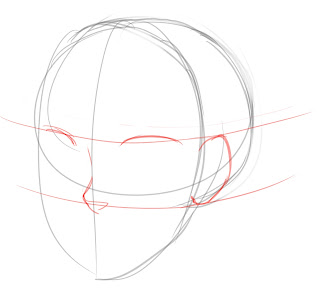 Next draw a backwards “C” shape for the base of the ear. 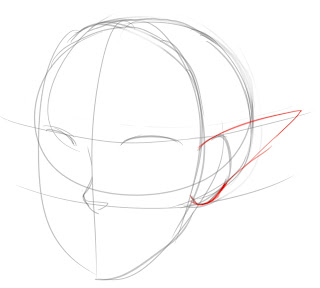 Since we are working with something completely fictional, feel free to make it as long as you want. 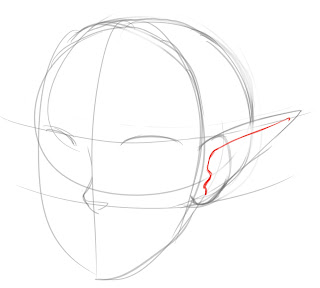 The inside of ears have a lot of weird curves and overlapping cartilage.  A common “short hand” way to draw the inside part of the ear nearest to the face is a squiggly line that sort of looks like a “}” or a backwards “3.” The main thing here to make it look convincing is the rounded point that sticks out  just below the half way point of the ear.

From the top of your squiggly line, extend it, following the shape of the top of the ear. 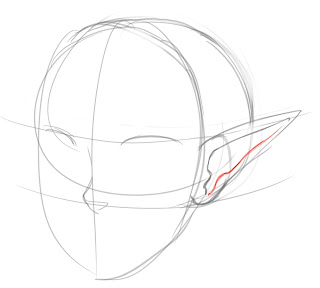 The next line of the outer cartilage is very simple. It starts next to the bottom of the previous line; you may even connect them if you’d like. There is a bump similar to previous one, but otherwise just follow the shape of the outer ear. 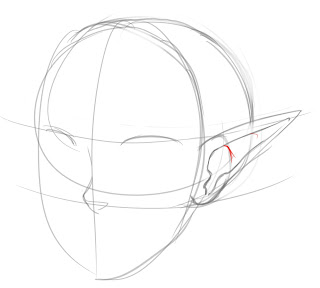 In human ears there is an area that dips to make the bowl-like shape of the back of the ear. From the front this change in the depth of the inside of the ear creates the illusion of a hard edge. To represent this, drew a line curving down the top of the inner ear. I personally tend to place this line about where a human ear would end. If you want you can add a much smaller, second line higher up on the ear to represent more folds of cartilage. 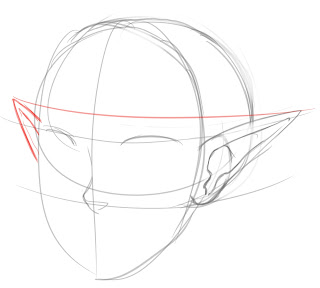 If the ears are long enough, the tip of the opposite ear might be visible from this point of view. I suggest lightly drawing a line from tip of the first ear to across the curve of the skull to the other side. This way you have a point of reference for how high to place the tip of the second ear. 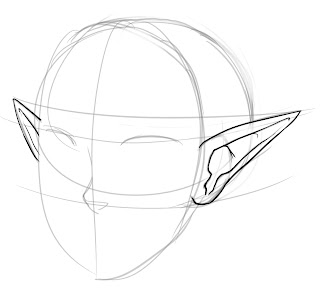 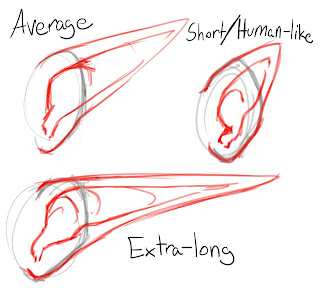 That’s all there is to it!

I leave you with some varied sketches of pointed ears. They all follow the same underlying structure used in this tutorial. The main difference is simply their length. Have fun and experiment!