How To Draw My Little Pony Characters - Draw Central

How To Draw My Little Pony Characters

How to draw Toad from Super Ma..

How To Draw My Little Pony Characters 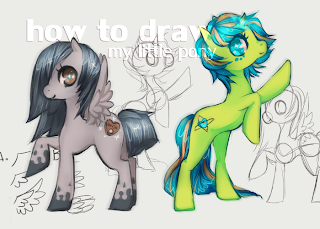 In this tutorial, I will teach you how to draw ponies, unicorns and pegasi in the style of My Little Pony. You’ll be able to draw the main cast of the show, or create your own pony characters. 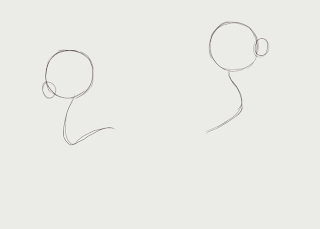 1. Draw the head and curve of the body.

Draw one big circle for the  main part of the head, and a little circle attached to it for the muzzle. 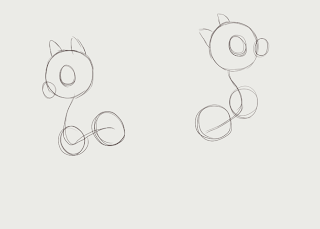 I also added ears and eyes to my ponies. To draw the ears, draw curvy triangles on top of the head. And remember that the ponies from My Little Pony have big, shiny eyes! 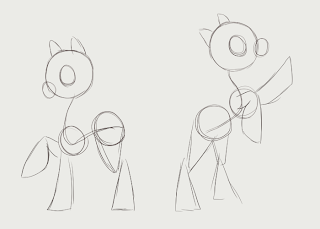 For the front legs, draw one long curvy triangle starting from the smaller body circle. You can also draw them with a bend in the middle.

For the back legs, draw two triangles starting from the big circle, one that’s attached to the circle pointing down, and another next to that triangle, pointing up. Draw the second triangle towards the back part of the pony. 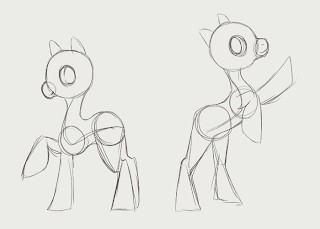 4. Flesh out the body

Now you want to give your stick pony some mass. Follow the neck line down to the first circle, then create a tube between it and the second circle. Then go around the legs in the same fashion so all the shapes are connected. 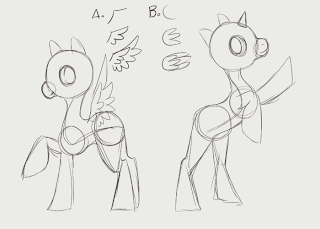 For a unicorn, draw a cone shape on the pony’s forehead. 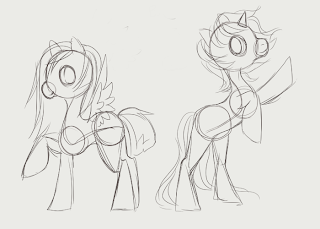 Give your pony a mane and a tail. You can draw them long or short, straight, wavy or curly. Ponies’ manes grow from the top of their head down their neck. Usually, the bulk of the mane falls to one side. 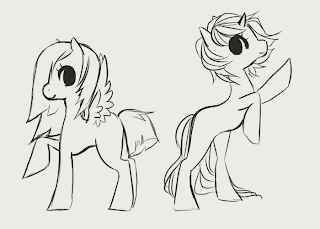 7.  Clean up your sketch

Erase all the shapes you don’t need from when you were constructing your pony. Then clean up and redefine your lines as needed. 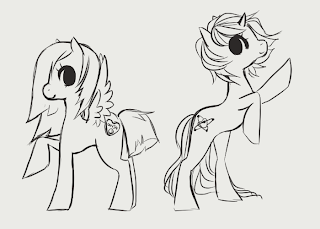 All ponies earn a cutie mark when they find their special purpose. Draw a cutie mark on the flank of your pony. 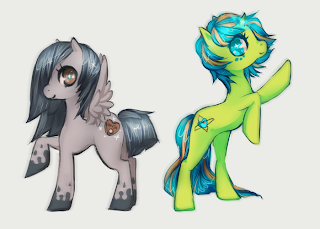 After some final touch-ups, give your pony some color and shading. My Little Pony characters can be any color of the rainbow!

And there you have it. Now you can draw your own ponies or your favorite characters from the show! Happy drawing!