How to Draw Kyubey - Draw Central

How to draw a chibi Sakura Har.. 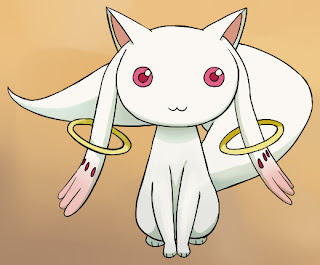 Many anime and manga series have a cute animal mascot of some sort, especially in the “magical girl” genre. Fans of Puella Magi Madoka Magica will recognize this little cat-like guy as Kyubey. 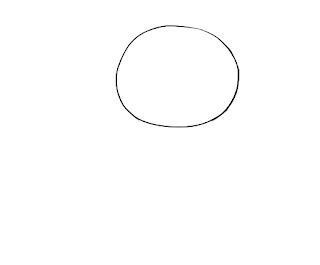 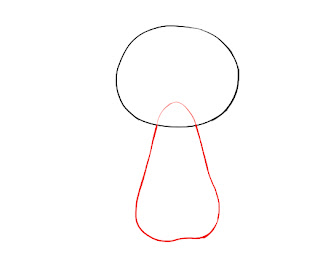 We start with the most common first step of all: The circle.

Next is the body. From the front, Kyubey’s body has a shape similar to a pear. The sides start out straight, but about half way down it curves slightly outwards. 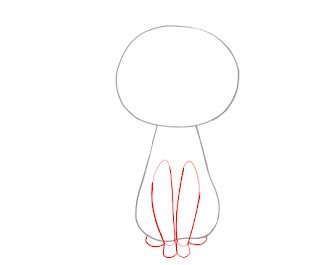 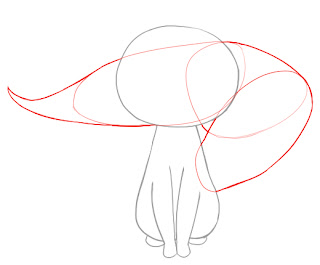 Kyubey has a long, fluffy tail. By dividing his tail into overlapping circles, it is easier to keep the width of it consistent as it bends before tapering to a point at the end. The second circle on the right is where his tail is at it’s thickest. 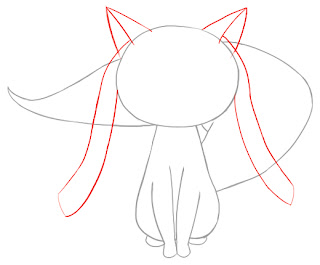 Next add two cone shapes for his ears.  Drawing a line down the center of each will separate the front of the ear from the back of the ear. He has ribbon-like “ear flaps” that start at the center line of his ears and hang about 3/4 the way down his body. 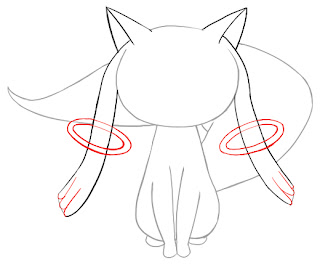 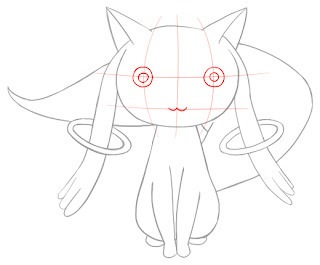 It’s time to add the face. Add two sets of circles just above the horizontal center of his face. The center of each of Kyubey’s pupils are half way between the vertical center of his face and the sides of it. His mouth is a simple “3” shape located at about 1/4th of up from the bottom of his head. 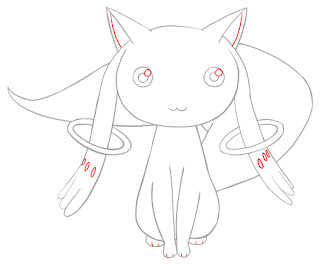 All that’s left are a few final details. First, add lines to define the inside of the ears. In the upper right on each eye, add a small circle for the light reflection. The ear flaps have 3 small ovals just below the rings. Draw them larger towards the inside edge and of the ear flaps than the outside edges to add to the illusion of depth. Finally, just add two little lines to each paw to give Kyubey toes. 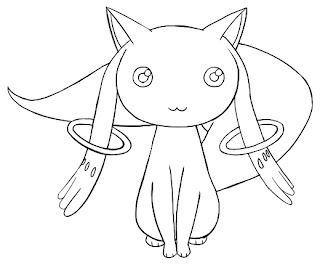 There you have it: One magical power granting cat creature.