How To Draw Ice Bird From Angr..

How To Draw Kawaii Sushi

How To Draw A Kawaii Cupcake

How To Draw Kawaii Sushi 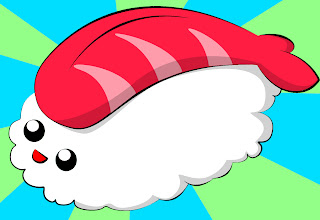 To keep the Kawaii train rolling here on Draw Central, today we’ll be learning how to draw Kawaii sushi. This post will be two separate tutorials in one. Our first tutorial will cover how to draw a traditional sushi roll, and the second is finger sushi with a shrimp on top, called Nigiri-sushi. 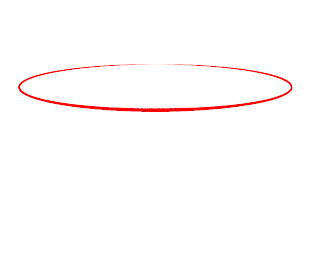 To get our kawaii sushi roll started, first draw a narrow oval which will be the top of the sushi roll. 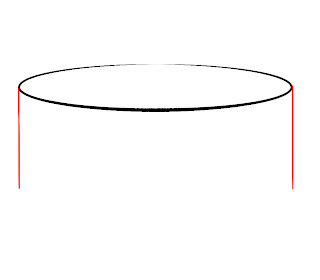 Next, draw a straight line running downward from each side of your oval. Try to make these lines as straight and clean as possible. 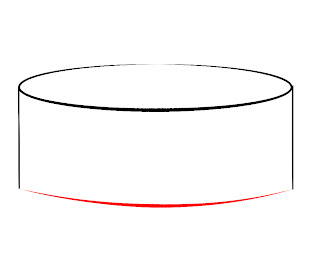 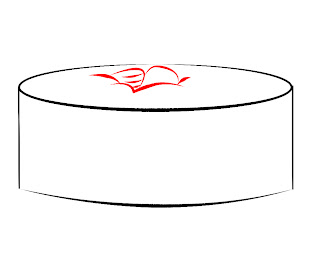 Next, draw a few lumps in the center of your sushi roll to suggest fish or rice sticking out. 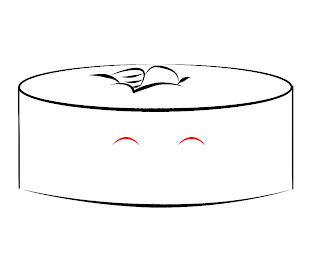 Kawaii literally means cute in Japanese, so we’re going to draw our sushi in a good mood. Draw two upside down  “U” shapes for eyes. 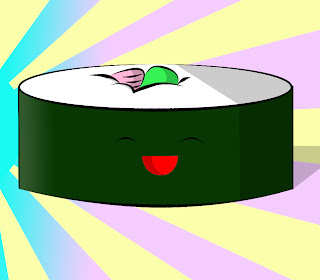 Finally, draw another “U” shape for the sushi’s smiling mouth, color it in, and this kawaii sushi roll is all done! 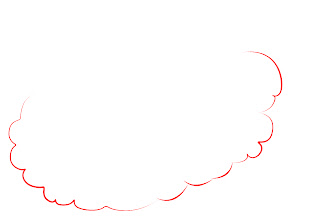 Next we’ll be moving on to our shrimp finger sushi, which we’ll get started by drawing a slightly round bumpy shape– similar to a cloud. 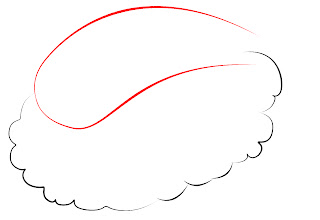 Next, draw a large swoop on the top of your kawaii sushi, which will become the base for the shrimp. 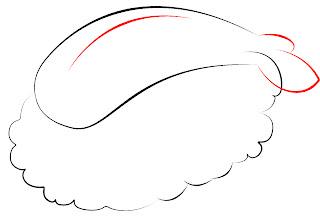 Give the shrimp a very small, two sided tail and a thin line running down the middle. 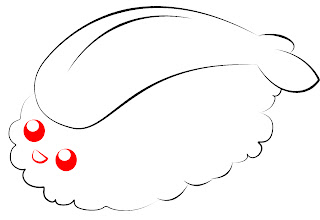 Just like our last sushi, we’ll be drawing this kawaii sushi with a cute, smiling face.

Draw two near perfect circles for eyes, and another “U” shape for an open mouth.

Color it in, and your second kawaii sushi is ready to be added to your collection!