How To Draw Plants Vs Zombies Cherries - Draw Central

How To Draw A Seahorse

How To Draw Plants Vs Zombies Cherries

How To Draw Plants Vs Zombies Cherries 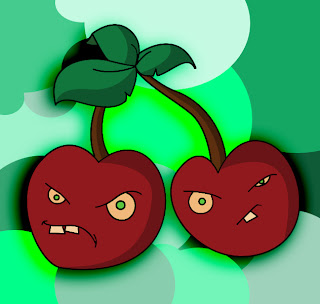 Today’s tutorial falls under the Plants vs Zombies theme. We’ll be learning how to draw the cherry bomb from the game. 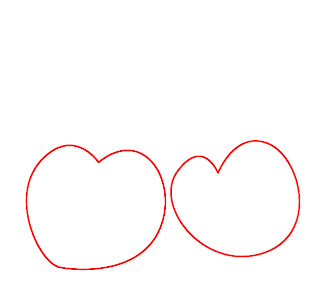 To get our cherry bombs started, we’ll first need to draw two heart shapes which will be the body of the cherries.

This tutorial will be very similar to the tutorial that I posted on how to draw a cherry a while back. Be sure to check it out if you run into any trouble! 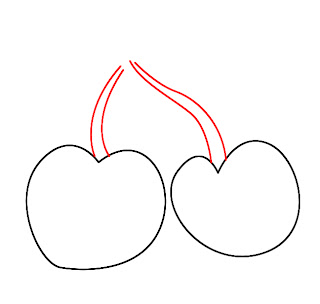 Next, draw a thin stem extending from the top of each cherry. These stems should nearly touch each other at the opposite end. 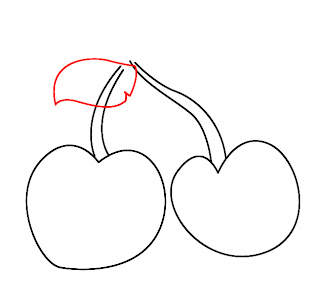 To close up the empty space between the two stems, we’ll now need to start drawing leaves.

Draw a diamond shaped leaf with a small notch in the side. 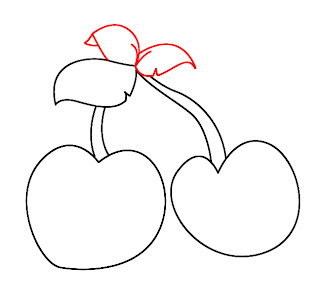 Repeat the previous step two more times to give your cherry bombs all three leaves. 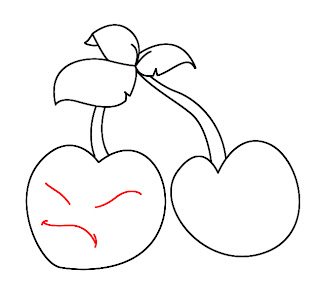 To get the face of your cherry bomb started, draw two downward pointing lines which will be the tops of the cherry’s eyes.

Beneath that, draw another wavy line for the cherry bomb’s frown. 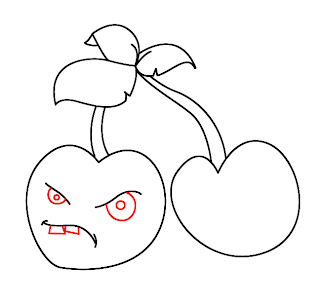 To finish the first face, draw two simple circles for eyes, and two square buck teeth sticking out from underneath the cherry’s mouth. 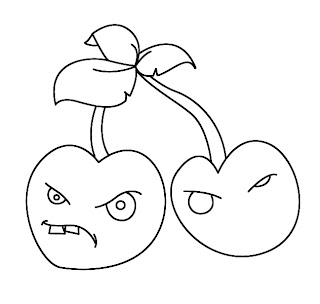 We are going to go through basically the same process to put a face on the other cherry.

Draw two lines with a circle underneath each one for the eyes. The only difference here: draw one of the eyes just barely showing from beneath the cherry’s eyebrow. 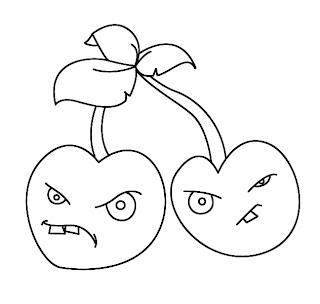 To finish off the second face, draw another short line for a mouth, and only a single square tooth extending from the bottom of it.

Color in your cherry bomb and it’s ready to go blow up some zombies!