How To Draw Pichu - Draw Central

How To Draw Plants Vs Zombies ..

How To Draw A Heart 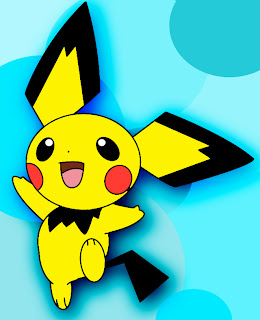 Today’s requested tutorial will be over how to draw Pichu, a.k.a, Pokemon #172. Many of you have seen our tutorial on how to draw Pikachu, and have since asked that I draw his baby version. 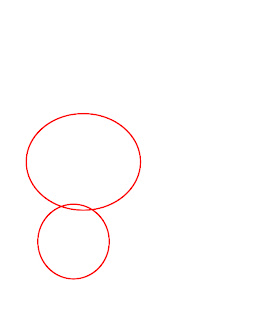 To get Pichu started, we’ll first need to draw two circles. One circle for his head, and the other for his body.

Draw the top circle, which will become Pichu’s head, about twice the size of the lower circle. 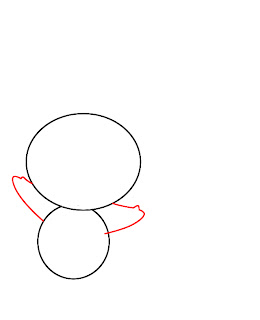 Erase the intersecting line between the two circles, and give Pichu two very simple, thick arms right below his head.

Pichu doesn’t really have hands. Rather, his arms just kind of turn into mitten shapes at the ends with a single thumb on the side of his hand. 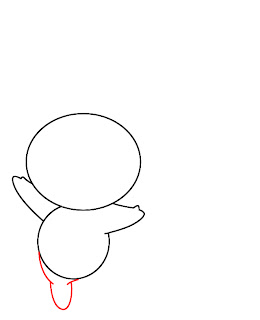 Next, draw two lines extending from the bottom of Pichu’s body to form a very short leg, with an oval beneath it for his foot. 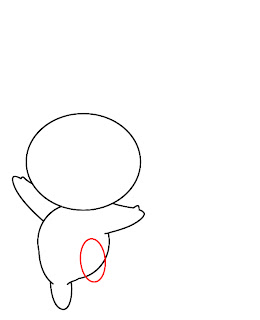 Make Pichu’s other foot by drawing a simple oval that is placed just underneath his right arm. This will put Pichu in a sort of jumping pose. 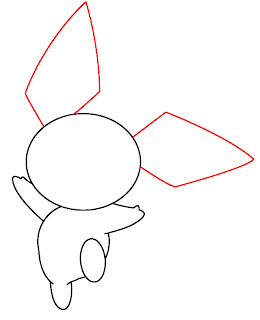 Next, draw two very large diamond shapes for Pichu’s ears. Each of his ears should be just about as large as his entire head. 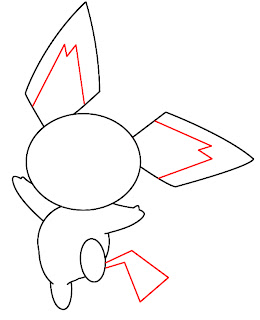 Next, draw a large “M” shape at the top of each ear which we will shade black later on. 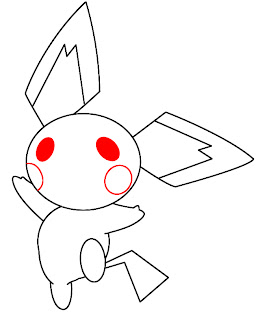 To get Pichu’s face started, draw four circles, two on top of the other two. The top circles will be Pichu’s eye, and the bottom circles will be the red cheek patches that generate electricity. 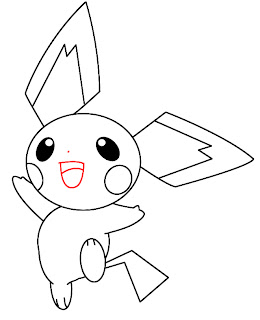 Next, draw a highlight in each of Pichu’s eyes, and give him a small open mouth with a curved line running through the middle for his tongue.

Pichu’s nose is nothing more than a small dot that sits between his eyes.

Finally, give Pichu a black collar around his neck, color the rest of him in and add to your Pokemon collection!