How To Draw Marceline From Adventure Time - Draw Central

How To Draw Marceline From Adventure Time

How To Draw Courage The Coward..

How To Draw Marceline From Adventure Time 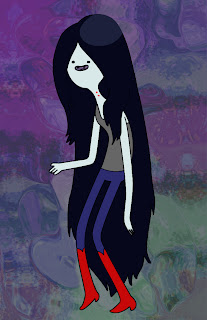 Today’s tutorial will be over how to draw Marceline, the vampire queen from the cartoon show Adventure Time. If you remember, a while back I did a tutorial on how to draw Finn and Jake, as well as Lumpy Space Princess, all from Adventure Time. Since then a few of you have requested that I do Marceline also. 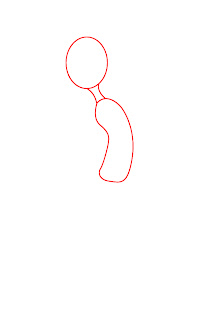 To get Marceline started, first draw a fairly large oval, and a larger bean-shaped oval beneath it. This will be Marceline’s head and body respectively. 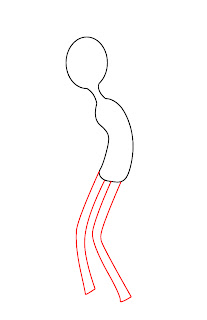 Next, erase the lines between Marceline’s head, neck and body.

To keep Marceline looking like a creepy vampire, she has very long skinny legs. Draw two very thin legs that should each be about the same length as her entire head and body combined. 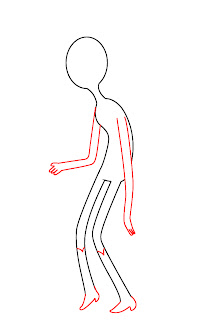 Next, draw a small “V” shaped line across each of her legs, and a couple jagged lines under her legs to complete Marceline’s boots. 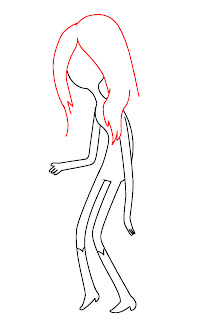 To get Marceline’s hair started, begin drawing her hair just a little bit higher than the top of her head. Draw several curved lines reaching down to about her shoulders. 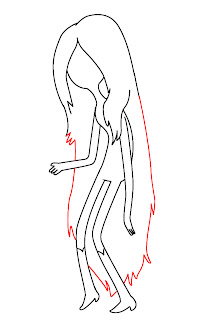 Finish Marceline’s hair by extending those jagged lines to touch her boots. 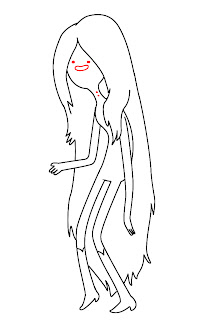 As with most of the characters of Adventure Time, Marceline has a very simple face, made up of nothing more than two tiny dots for eyes, and an oval shape for her mouth.

Of course, don’t forget to give Marceline her two vampire bite marks on her neck. 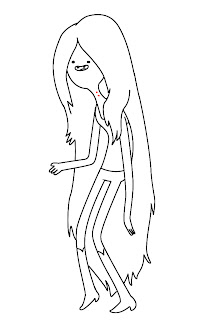 To finish her Marceline’s clothes, draw a line across her waist to divide her pants from her shirt, and draw another curved line around her neck for the collar of her shirt.

Give her a couple small fangs and Marceline is just about done.

Color Marceline in, and add her to your Adventure Time collection!