How To Draw Domo - Draw Central

How To Draw BMO From Adventure..

How To Draw Marceline From Adv.. 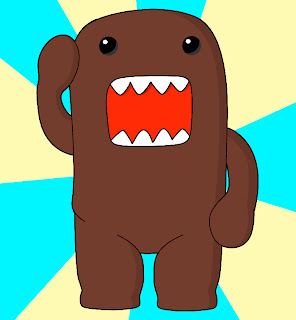 Today’s tutorial will be over how to draw Domo. Here in the States, Domo isn’t a very well-known character, but in Japan, that’s an entirely different story. Domo is the official mascot of NHK television station. In a sense, Domo is to Japan what the GEICO Gecko is to Americans– an instantly recognizable pop culture figure. 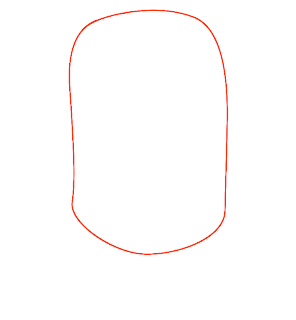 To get Domo started, we will first be drawing a large rectangle with rounded edges (think of a bar of soap). 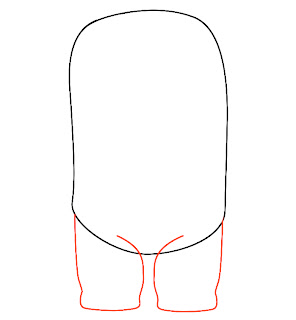 Next, draw Domo’s very short, wide legs. Domo doesn’t really have feet. Instead his legs and feet meld together to form one wide cylinder shape. 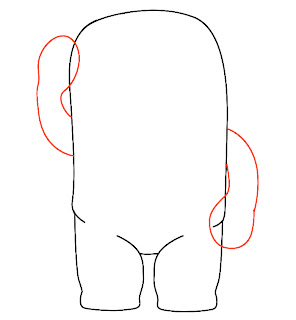 Now we can move on to Domo’s arms. His arms are about half the width of his legs, but just a little longer.

As you can see from the image on the left, Domo’s arms and hands meld together somewhat like his legs do. The main difference here is that the end of his arms form a little bit of a bulge to make it look like he has hands. 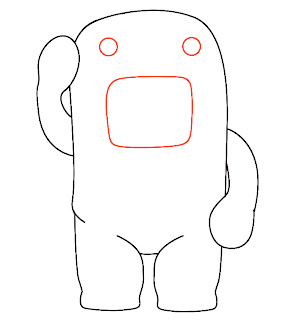 Domo’s face is one of the simpler faces you’ll find, consisting of two plain circles for his eyes, and his wide open square mouth. 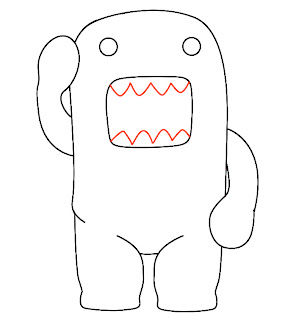 At this point, Domo really is just about complete. All that’s left to do is to give him two rows of large, sharp teeth.

Color Domo in, and you’re all done!