How To Draw Gumball From Amazing World Of Gumball - Draw Central

How To Draw People

How To Draw Gumball From Amazing World Of Gumball

How To Draw Rigby From Regular..

How To Draw Gumball From Amazing World Of Gumball 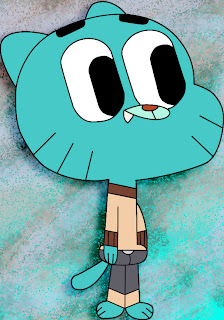 Today’s request comes from Elyse, who wants to know how to draw Gumball, from the Cartoon Network show, The Amazing World of Gumball. 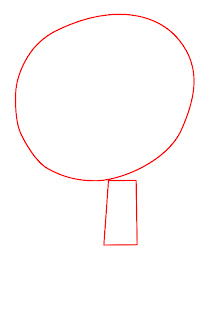 To get Gumball started, we will first need to draw a large circle for his head, and another very small rectangle underneath for his body. 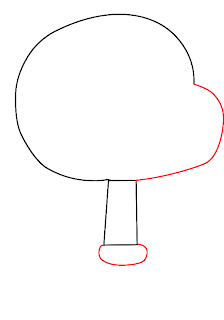 Next, connect Gumball’s head and body with a curved line, as shown, to form his bottom jaw.

Beneath the rectangle of Gumball’s body, draw an oval to give him a little “muffin top”. 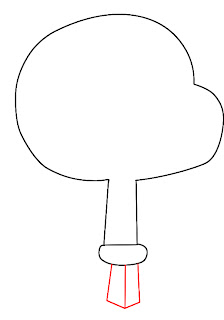 To get Gumballs leg’s going, we’ll need to draw a thin pointed shape, with a line in the middle dividing his legs. Somewhat like the shape of a sword. 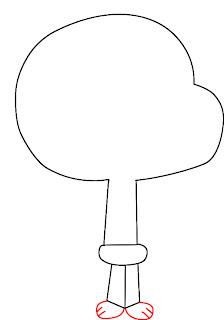 Next, give Gumball two oval feet that point away from his body. 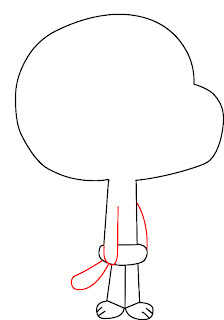 Now give Gumball two thin, oval arms that hang at the sides of his body. And draw a tail that is the same size and shape as Gumball’s arms. 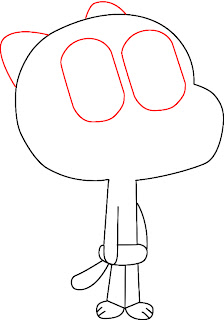 To make Gumball’s eyes, we need to draw two very large ovals that occupy nearly half of the space of his head.

Also, draw two half circles on top of Gumball’s head for his small ears. 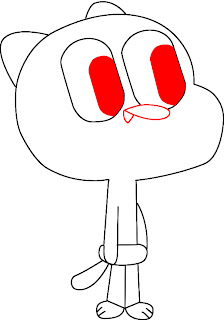 Next, draw a very large, black pupil in each of Gumball’s eyes. Underneath his eyes, draw a teardrop-shaped nose, and a very small  triangular tooth sticking out below it. 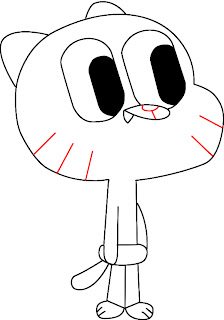 Draw another half circle in the middle of Gumball’s face to give him a nose. Then, draw two or three lines on each of his cheeks for his whiskers. 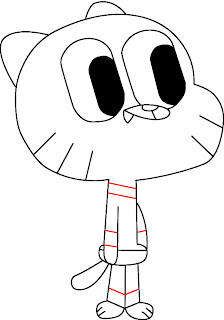 To make Gumball’s clothes, draw a band around each of his wrists, ankles, and his neck. These bands will separate where his clothes end, and his body begins.

By now Gumball is just about complete. Just give him a couple thick black ovals for eyebrows, color him in, and repeat!