How To Draw Marvin The Martian - Draw Central

Draw Me If You Can Game

How To Draw Marvin The Martian

How To Draw A Toucan

How To Draw Marvin The Martian 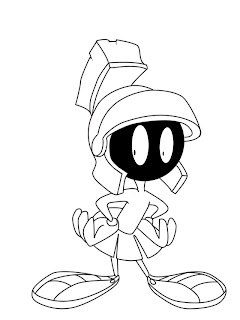 Today’s tutorial will be how to draw Marvin the Martian, from the Looney Tunes, (one of my all-time favorite cartoon characters!). 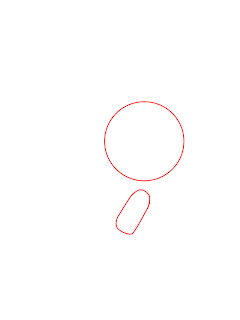 To get Marvin started, we will first need to draw a very small oval, with a large circle hovering just above it. These will become Marvin’s head and body. 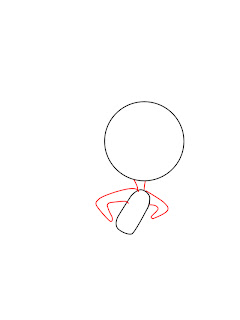 Next, draw a very thin neck connecting Marvin’s head and body together, and give him two boomerang-shaped arms pointing inward toward his body. 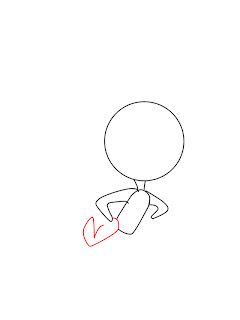 To get Marvin’s hand started, we will first need to draw a large, upside down finger pointing upward at an angle. 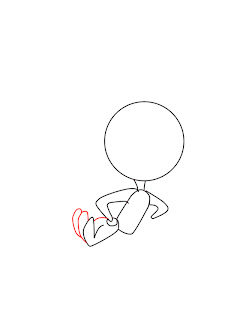 Repeat the same process to draw Marvin’s other fingers. 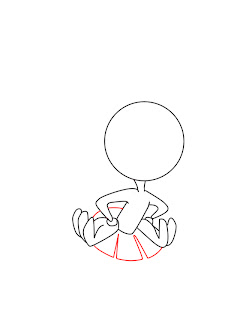 Repeat the previous step to give Marvin his other hand, and draw a large skirt around the bottom of his body. 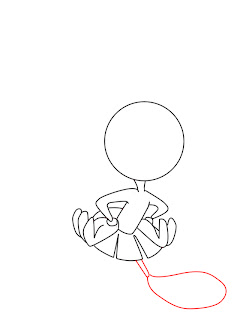 Draw a very small leg extending from Marvin’s skirt, with a massive shoe at the end that is nearly as large as his head. 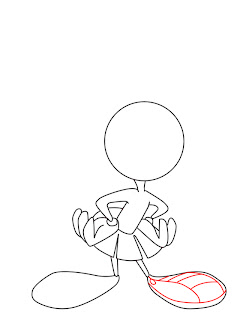 Do the same for Marvin’s other leg and shoe, and draw a stripe of lines running down the middle of Marvin’s shoe, with a small oval near the back. 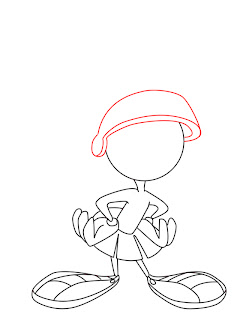 Draw a band around Marvin’s head. This wide band will become the front of his helmet. 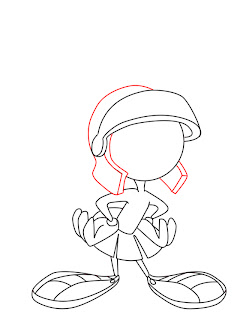 Follow the lines shown in red to draw in the rest of Marvin’s helmet. Be sure that you don’t make your lines too sharp or angled, as nearly everything about Marvin the Martian is rounded. 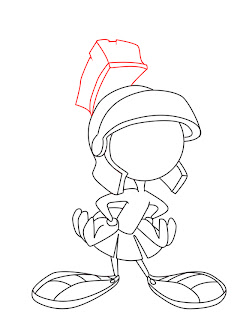 Draw a large, square shape that almost looks like a scrubbing brush which will finish off Marvin’s gladiator like helmet.

Marvin the Martian has one of the simplest faces of any cartoon character I have ever drawn. His face is nothing more than two simple oval eyes, surrounded by pure black.

And that’s that! Color Marvin in, and enjoy!