How To Draw Knuckles From Sonic The Hedgehog - Draw Central

How To Draw A Toucan

How To Draw Knuckles From Sonic The Hedgehog

NEW! Draw Central Has Opened A..

How To Draw Knuckles From Sonic The Hedgehog 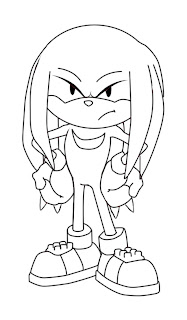 A few of you have requested that I do a tutorial over how to draw Knuckles the Echidna, after my tutorial on drawing Sonic.

It has been a while, but here goes! 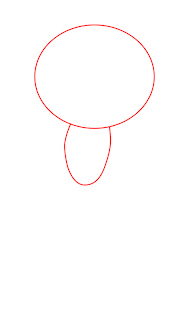 To get Knuckles started, draw a large circle and a smaller oval beneath it, which will be his head and body respectively. 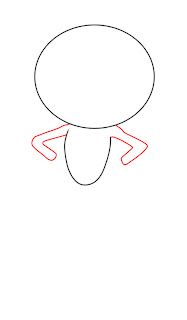 On either side of your oval, draw two thin arms bent in towards Knuckles’ body. 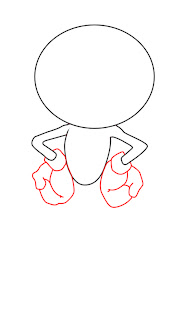 Give Knuckles two large circular gloves resting on his hips. 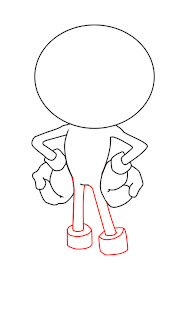 To get Knuckles’ legs started, draw two thin rectangles extending from the bottom of his body, each with a large cuff at the end.

Keep in mind that Knuckles’ legs should be about the same length as his body. 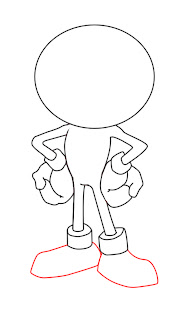 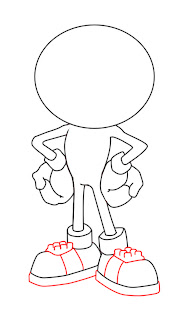 On each of Knuckles’ shoes, draw a line underneath for the soles of his shoes. Also, draw a strap that runs through the middle of his shoe, with a sort of “lego” shape on top of each one. 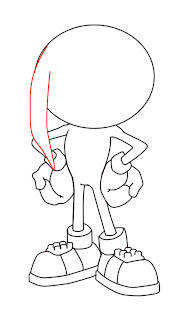 Now we are going to start filling in Knuckles hair/spines by drawing a thick line that extends from the top of his head, down to the middle of his body. 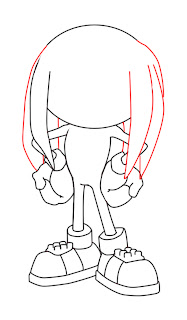 Repeat the previous step about four or five times to give Knuckles the rest of his spines. 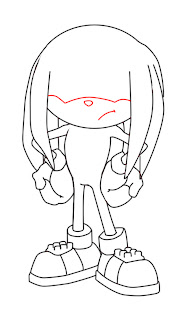 Draw a wavy line across the bottom of Knuckles’ head which will divide his mouth from the rest of his face.

Give him a very tiny triangular nose, and a crooked frown. 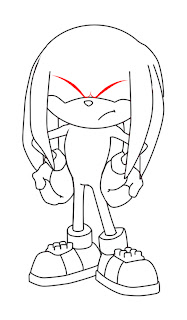 By now Knuckles is just about finished. All that’s left to do is to draw in two thin oval pupils, and give him his crescent shape on his chest.

Draw in two spikes on each of Knuckles’, well… knuckles, and that’s it!