How To Draw Mewtwo - Draw Central

How To Draw Charizard

How To Draw Mewtwo

How To Draw Finn From Adventur..

How To Draw Mewtwo 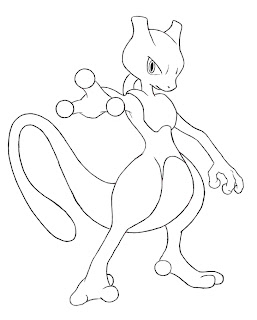 Today we will be learning how to draw Mewtwo, the 150th Pokemon. Shortly after I posted the tutorial on how to draw Mew, several of you began asking me to do one over his clone, Mewtwo. 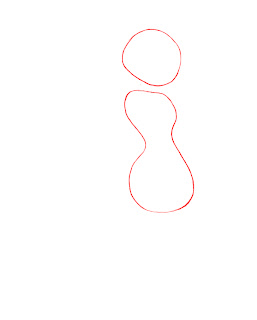 To get Mewtwo started, we are first going to draw a tall figure-8 shape which will be his body, with another small circle that floats just above for his head. 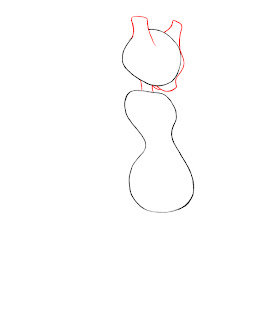 Give Mewtwo a neck to connect his head and body. Expand on his head by giving him two squared off ears, a bump for a brow bone, and a short nose that points down toward the ground. 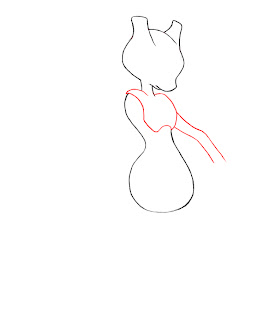 Erase the guidelines from the previous steps to give Mewtwo a fully formed head.

Draw in his chest plate, and give him an arm that points slightly toward the ground. 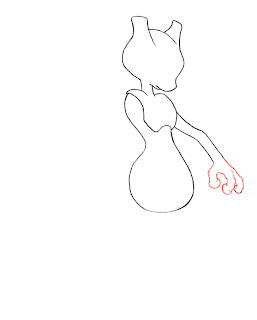 Though Mewtwo looks like a cat, his hands look like they belong to a frog. Give him three fingers with large, round pads at the end of each. 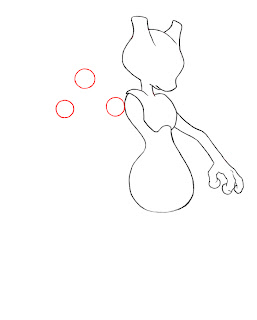 To make Mewtwo’s other hand pointing toward the viewer, first draw three equal sized circles which will be the tips of his fingers. 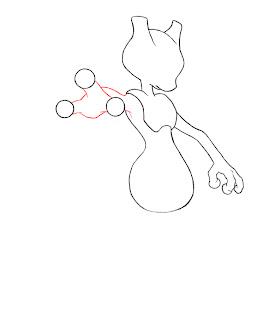 Connect the three circles together to form a palm, and draw a line that connects Mewtwo’s hand to his shoulder. 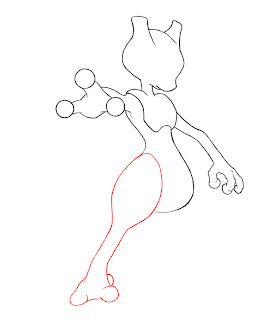 We are going to make Mewtwo’s leg in one step, as one solid object.

Starting in the middle of his body, draw his leg at its widest point, tapering down to form a thin shin.

Mewtwo’s feet are similar to his hands, with three small balls on each side of his foot. 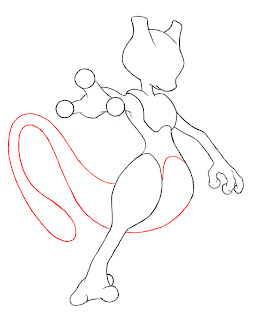 Before we make Mewtwo’s other leg, we need to draw his large tail that starts in the center of his stomach, and arches upward, and back toward the ground. 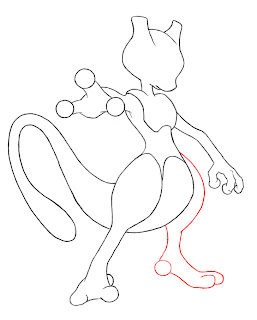 Repeat the same process you used to draw Mewtwo’s first leg, to make his second one.

At this point, Mewtwo is just about done. All that’s left to do is to give him one triangular eye, and a small “hose” that connects the back of his head to his back.