How To Draw Aladdin - Draw Central 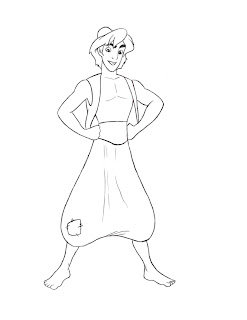 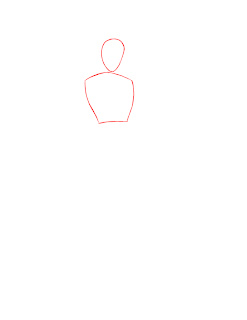 To get Aladdin started, the first thing we will need to do is give him a small oval for a head, and draw his squared chest beneath. 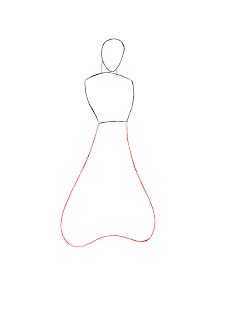 Draw a line on either side of his head connecting his body to give Aladdin a neck.

Also, draw in the long shape for Aladdin’s pants, as shown in red in the image on the left. 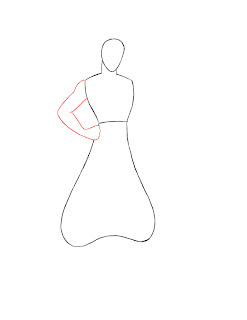 Draw Aladdin’s arm bending in toward his body at a right angle, meeting his hip.

Since his fists will be resting on his hips, we won’t need to worry about drawing fingers for this pose. 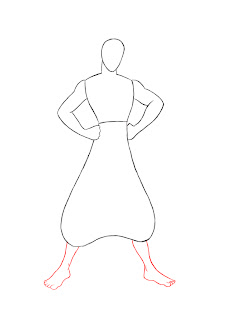 Repeat the same process to give Aladdin his other arm, and draw only a small portion of his legs that are showing from beneath his pants. 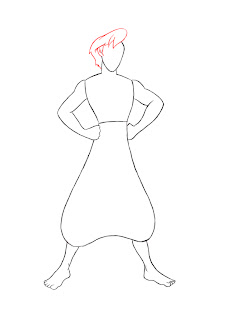 We’ll  be drawing Aladdin’s hair in two pieces. The first section of hair will be the largest and starts near at the top of his head, near the center, and continues down to his neck.

Be sure to leave Aladdin’s hair just a little messy by drawing a few clumps of hair that hang down near his face. 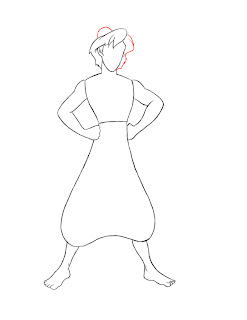 Draw the second section of Aladdin’s hair that starts at the top of his head, and continues to his neck– much like the first section.

Also, we need to draw a small half circle on the top of Aladdin’s head to make his fez hat. 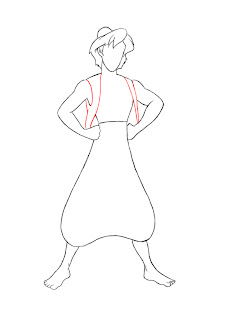 Follow the lines shown in red to give Aladdin his vest. Draw Aladdin’s vest fairly short– only touching just above his hips. 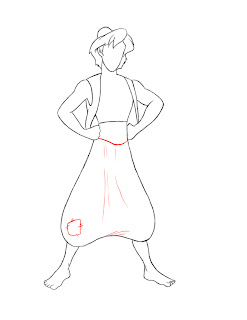 Draw a downward curved line around Aladdin’s waist to form his belt, and add a small patch and a few lines in his pants for wrinkles. 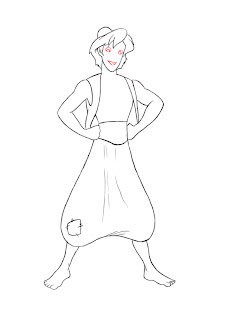 Aladdin’s eyes are very simple ovals with large pupils that cover about two thirds of the space of his eye.

Give him a small open mouth, with a line running across it to suggest clenched teeth. 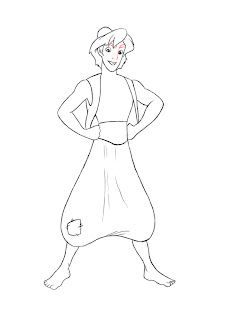 Draw two thick eyebrows, and a curved line that starts at the edge of Aladdin’s left eye, and ends in the center of his face for his nose.

At this point, Aladdin should be just about finished. All that is left to do is to add a couple lines in the middle of his body to suggest muscles, and color if you like.