How To Draw Tinkerbell - Draw Central 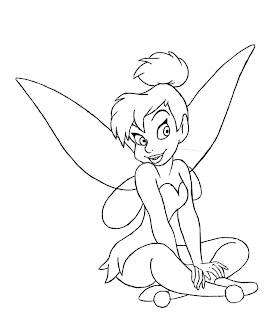 Today I’ll be fulfilling another reader request and teaching you how to draw Tinkerbell, from the Peter Pan movies. 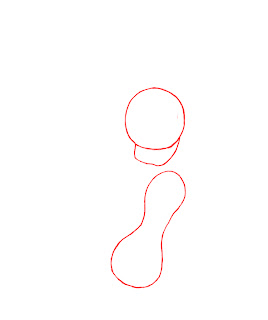 The first step in drawing Tinkerbell is to make a few basic shapes which will be placemarkers for her head and body.

Draw a circle, with another half circle that attaches right below it, which will be her head and jaw.

Underneath that, draw another oval shape– as shown in the image on the left. This shape should be smallest in the middle, and is shaped that way because it will give us guidelines for placing her arms and legs in the coming steps. 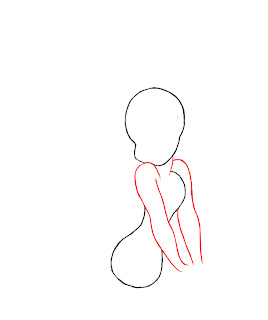 Erase the line that divides Tinkerbell’s head from her jaw, and give her two thin arms.

As you can see, her arms abruptly stop with no hands at the end, we will be saving these for another step. 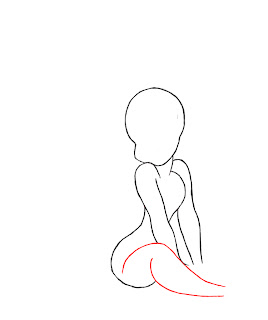 Give Tinkerbell a leg that curves upward slightly. This leg should extend just past her arms to put her in a seated position. 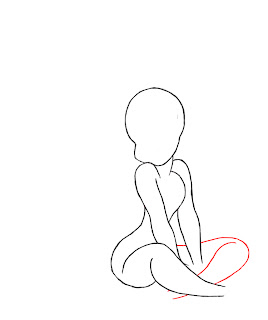 Repeat the previous step to make Tinkerbell’s opposite leg. The only difference here is that you will need to draw this leg behind her arms. 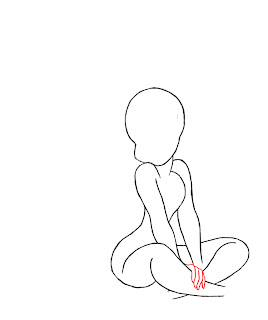 To make Tinkerbell’s hands resting on her legs, we aren’t going to draw her whole hands. Rather, you just need to draw her fingers coming up from behind her leg, and wrapping around the front. 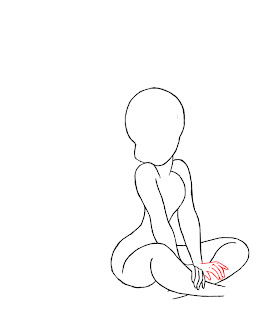 Repeat the same process to make Tinkerbell’s opposite hand resting on her other leg. 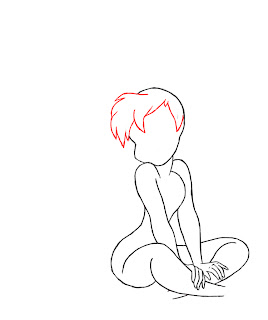 We are going to draw Tinkerbell’s hair in two parts. For the first part, we need to draw a few large clumps of hair that contour her head, with the majority of her hair being on the left side of her face. 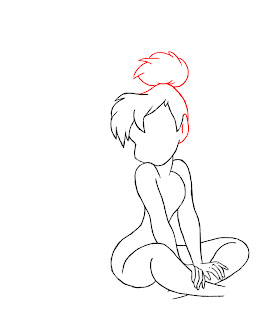 The other half of Tinkerbell’s hair is simply a large puff-ball that sits on top of her head.

You can also give her a narrow ear in this step. 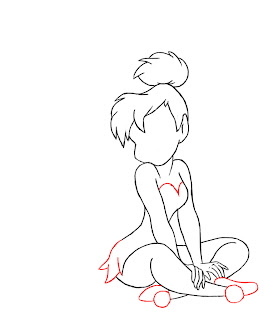 Tinkerbell does not have much in the way of clothes. Her dress is simply made up of an “M” shape across her chest, with a few frays at her hips.

Give Tinkerbell her slippers, with a large ball on each. 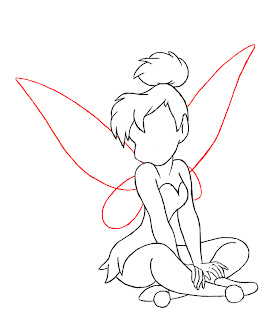 Of course Tinkerbell wouldn’t be a fairy without her trademark wings. Her wings are very much like those of a butterfly. Each wing is made up of two pieces– the top one a large oval, the bottom a smaller circle about half that size. 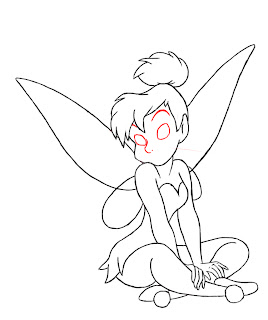 Give Tinkerbell a button nose, and two very large eyes, with high-set eyebrows.

By now, Tinkerbell is just about done. All that’s left to do is to give her a mouth, and some eyelashes.