How To Draw A Lizard - Draw Central

How To Draw A Shark 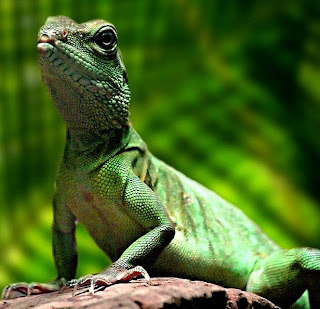 Today I am going to fulfill another reader request and teach you how to draw a lizard. Also, starting from tutorial on, I will be doing each new step in red, so hopefully you can see each step of the process better. 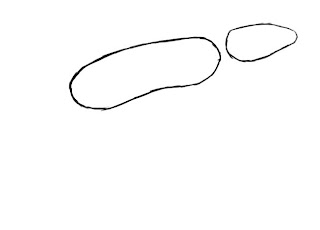 To start with, you will need to draw two ovals. One large oval that is almost bean –shaped, and one smaller oval about half the size that looks almost like an egg. These two ovals will be the head and body of your lizard. 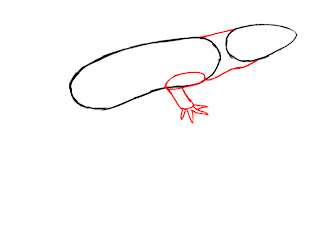 Next, draw your lizard’s leg in three parts. Two small ovals connected to the body that form an “L” shape, and four or five long toes at the end.
Also in this step, connect the head and body as shown in the image on the left. 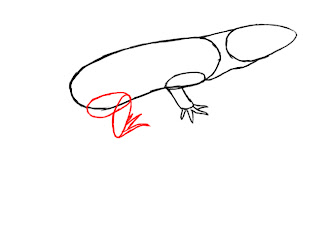 Draw your lizard’s rear leg by essentially repeated the previous step. The main difference is that the ovals of the rear leg should be just a little bit wider, and the toes should be about twice as long. 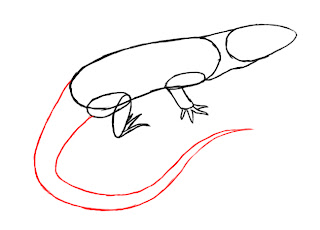 Draw in your lizard’s long, skinny tail. Its tail should be just a little longer than the rest of the body. 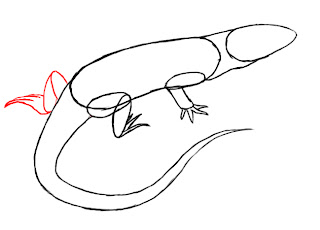 Don’t forget to draw in your lizard’s other rear leg. 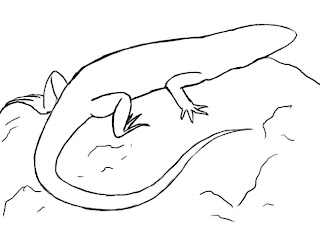 Erase all the overlapping guidelines from the previous steps, and you should be left with what looks like an almost finished lizard. As you can see, I also drew a large rock for our lizard to rest on. You can draw your lizard standing on whatever you like—a rock, tree branch, the ground, or whatever looks right. 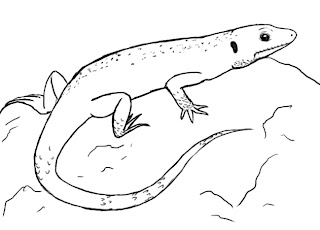 All that is left to do now is to draw in the final details of your lizard. Give your lizard a large eye that sits in the middle of its head. Also, lizards don’t really have ears, more like small holes that sit behind the eyes.
Draw in a line that extends behind the lizard’s eye for its mouth, and a few scales, and you’re all done!
If you like this tutorial be sure to let us know in the comments, and like and share on Facebook 🙂
–>