How To Draw A Hippopotamus - Draw Central

How To Draw A Spider 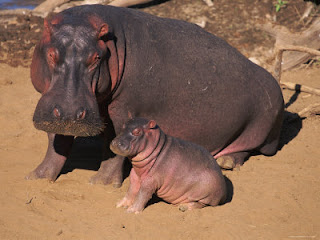 Today’s tutorial will cover how to draw a hippopotamus. At first, I really thought this would be a lengthy tutorial, but once I finished this one, I realized it turns out hippos are deceptively easy to draw. 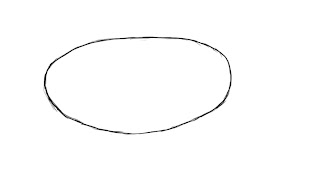 As usual with most of my tutorials, the first step to drawing your hippo is to draw an oval which will become the hippo’s body. 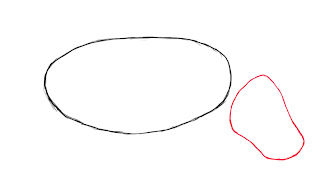 To the right of the oval of your hippo’s body, draw another smaller rectangular shape. This shape is slightly wider near the hippo’s body, and points downward.

This will become the hippo’s head, and should be roughly one-third the size of its body. 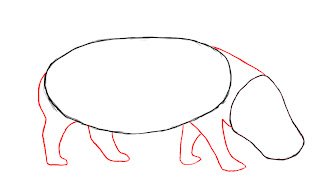 Connect the head of your hippopotamus to its body, and give it four stubby legs as shown in the image on the left.

*Tip: Whenever drawing a four-legged animal, try not to draw both sets of legs near each other. Drawing the animal’s legs spread apart will give it a more natural look. 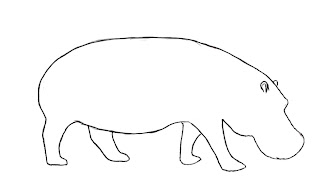 Erase all the overlapping guidelines from the previous steps, and you should be starting to see your hippo take shape.

Also, give your hippopotamus two small ears that sit directly on the top of its head. 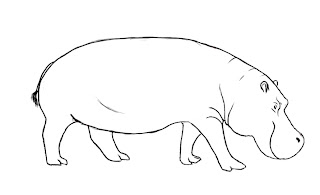 At this point you should be pretty much done with your hippo drawing. All that is left to do now is to draw in the finishing details like a couple wrinkles in the skin, and nostrils that sit on the top of the hippo’s nose.

Give your hippo a very small eye that sits directly in front of its ear; and draw in a line that cuts through the hippo’s face for its mouth.

Give your hippopotamus a tail, and that’s about it!