How To Draw A Lion - Draw Central

How To Draw A Panda 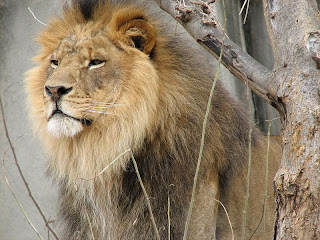 Today’s tutorial will cover how to draw a lion. This is a tutorial that I have been putting off for nearly a year, but due to the requests, it is time I get this done. So let’s jump in! 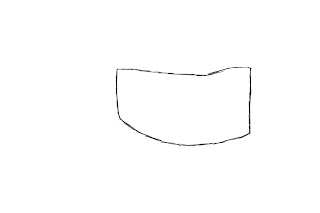 To get our lion started, draw a long rectangle which will be the midsection of our lion. As you can see, the top of this rectangle is fairly flat, while the bottom dips a little bit. 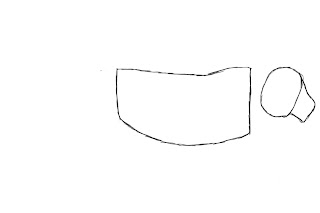 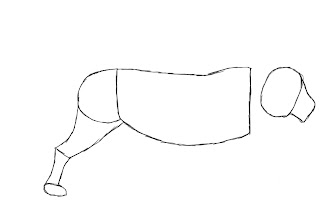 Next we need to make the rear leg of our lion. To do this, make a semicircle on the rear of your lion’s body. This will be the lion’s thigh. Attached to the circle, draw two more rectangles that get skinnier on the ends. As you can see, the joint between the two rectangles points backwards, forming the lion’s knee. At the end of the two rectangles, draw a very small oval for the lion’s paw. 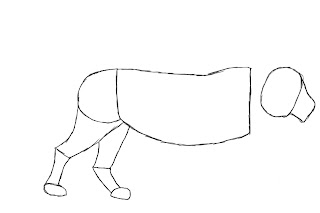 To make the other rear leg, repeat the previous steps. The only difference is that you do not need to draw another semicircle for the lion’s thigh, as that is hidden on the opposite side of the viewer. As you can see in the image on the left, the lion’s back leg is pointing slightly forward as if it is walking. 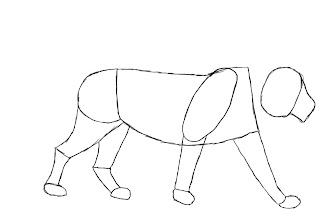 To make the front legs of our lion, we are going to use the same principles from the rear legs. Instead of drawing a semicircle like in the rear legs, draw a long oval for the lion’s shoulder. This oval should run the entire height of the lion’s midsection. Beneath this oval, draw a fairly straight rectangle, with a paw underneath. 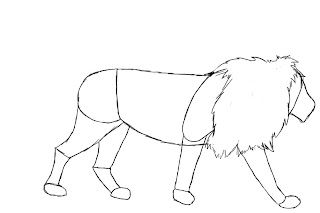 Now for the fun part! Draw a raggedy mane that stretches from the lion’s shoulder to the center of its head. This mane can look as rugged as you like, so don’t worry if it does not look perfect. 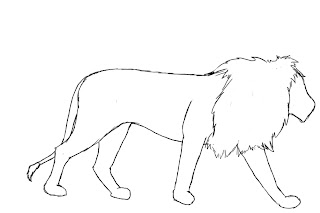 Erase all the lines from the basic shapes you drew in the previous steps, and you should be left with an outline that is starting to look like a lion.

Go ahead and draw in a long tail that starts at the top of the lion’s back, and almost touches the ground, with a small tuft of hair at the end. 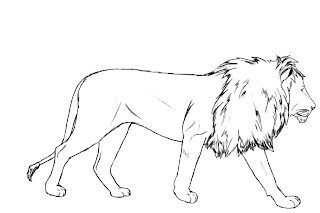 By now you should have a pretty complete lion. All that is left to do is draw in the little details. Add a small almond-shaped eye, a slit for his nose, and some whiskers.

There you have it, you’ve drawn a lion. Thanks for reading!