How To Draw A Frog - Draw Central 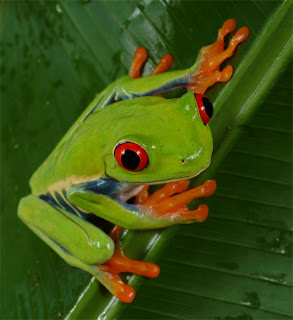 In keeping with all the animal tutorials I’ve been doing lately, today we are going to learn how to draw a frog. While drawing a frog is a pretty easy thing to do, there are a few more steps to doing this than most tutorials I’ve done. So, let’s get to it! 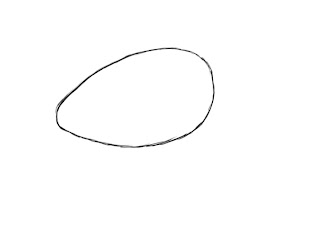 As with most of my tutorials, the first step in drawing a frog is to make a simple oval shape that will be the frog’s body. This is not a perfect oval, rather it is a little more narrow at one end, almost like an egg. The narrow part will be the rear of the frog, and the wider part will be the front. 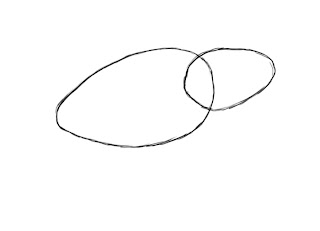 Draw another smaller egg shape that overlaps the larger one. This shape is exactly opposite the first one you drew, (the narrow end faces the other side). This oval is going to be the head of your frog. 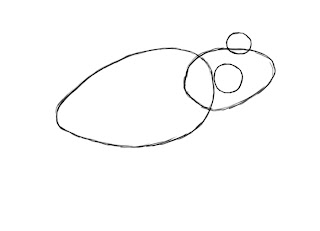 On the smaller oval that you just drew, draw two circles that cross the middle of the shape. One near the outside of the oval, and one in the middle. These are going to be the frog’s eyes. The middle circle should be slightly larger than the one on the outside, as that will be the eye facing the viewer. 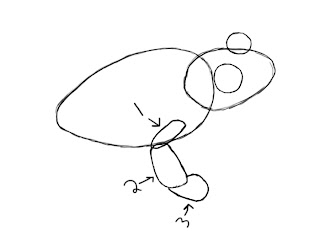 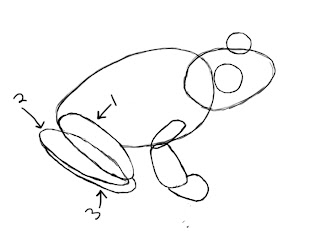 To make the rear legs of the frog, we will be repeating the same process from the last step. The main difference is that the ovals that make up the frog’s rear legs are roughly twice the size of the front ones. 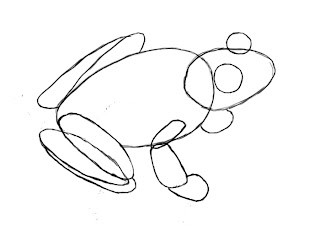 Repeat this process on the other side of the frog’s body to make its other rear leg. The frog’s other front leg is partially hidden, with just a simple circle poking out from behind the frog’s neck region. 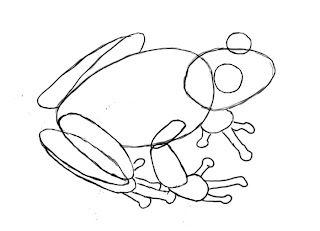 At the end of each of the frog’s front legs, draw three long toes that are circular at the ends. Repeat this process for the frog’s rear leg, only add four toes instead of three.

Do not draw any toes on the rear leg that is facing away from the viewer. These toes will be hidden from sight. 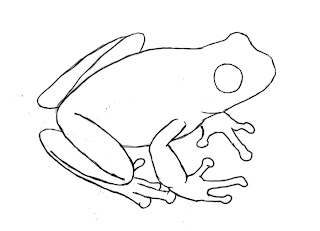 After you erase all the guidelines from the shapes you drew in the previous steps, you should be left with a fairly complete outline of your frog.

Looking at the image on the left, you can see that I erased the smaller eye, and combined it with the rest of the frog’s head. This suggests that this eye is facing away from the viewer. 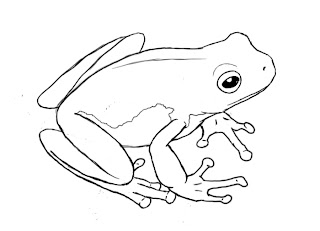 At this point your frog should be just about complete. All that is left to do is to add a horizontal pupil to the frog’s eye, a nostril, and a line for the frog’s mouth.

You can also add in whatever pattern you would like your frog to have. For this example I just drew a jagged line across the frog’s body to divide its back from its belly.