How to Draw Gir from Invader Zim - Draw Central

How to Draw Gir from Invader Zim

How to Draw Gir from Invader Zim 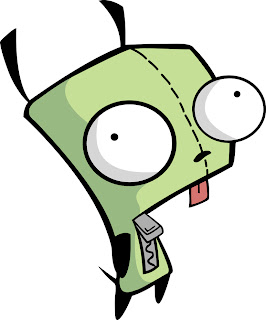 As a complement to my last post on how to draw Invader Zim, today’s tutorial will be how to draw his faithful sidekick, Gir. Gir is the breakout star of the show, and one of the easiest cartoon characters you can draw. So without further introduction, let’s get to it! 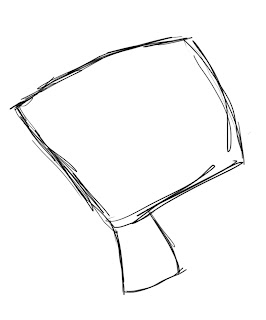 Just like every other tutorial I have ever posted, the first step to drawing Gir is to break him down into his most basic pieces. Gir’s entire body is basically made up of squares. So to begin with, draw a large square that will serve as his head, and a smaller square (about 1/4 the size of his head), beneath it that will become Gir’s body. 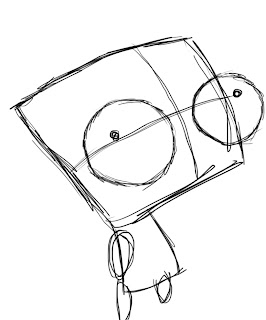 After you have Gir’s head and body drawn, make his arms and legs by drawing simple ovals. Since this is a 3/4 view of Gir, the arm furthest from you will not be visible, and the same leg will be a little shorter. This will give the effect that half of Gir’s body is slightly farther from the viewer.

At this step, you can also draw Gir’s eyes. We are going to make these by drawing two very large circles that are roughly 1/4 the size of his head. Gir’s eyes sit directly across the middle of his head. 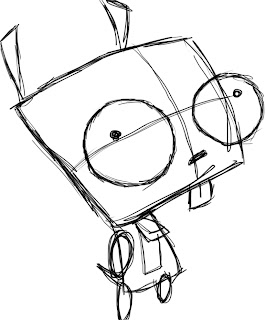 At this point, you should have the bulk of Gir’s body mapped out, and all the important parts drawn. You can now add his ears, which are just small triangles. Draw his tiny little tongue that hangs right under his chin, and a small oval-shaped nose right above it. The last detail of Gir is the zipper of his costume which is just a couple of triangles that sit on his midsection. 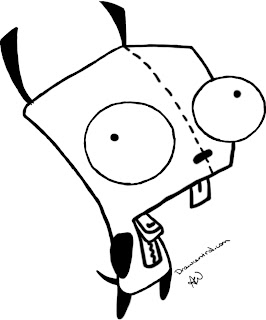 The last step in drawing Gir is to clean up your lines, and darken his arms and legs. Congrats! And feel free to email me YOUR drawing of Gir at [email protected], and you could wind up on the front page!