How to Draw Spongebob - Draw Central

How to Draw Mario

How to Draw Spongebob

How to Draw Hello Kitty

How to Draw Spongebob 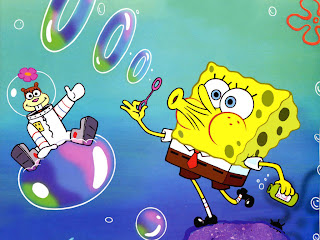 I’ve been perusing my blog a little lately, and I realized that the majority of my tutorials center around realistic things like “how to draw hair”, how to draw glass, etc.” So, I will be adding more tutorials that  cover a broader range of topics. So, to kick off the cartoon tutorials, here’s a great one on how to draw Spongebob Squarepants. 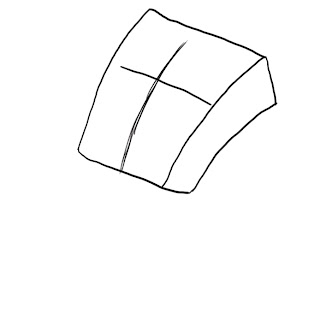 The biggest shape that basically makes up Spongebob SQUAREpants is… well, a square. So to start with, draw a square that curves slightly upwards and to the right. A guideline down the center of the square, and another horizontal one slightly higher than halfway up the square will help you to place Spongebob’s facial features. 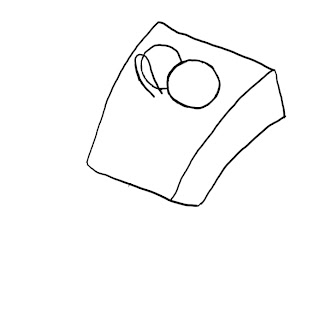 To draw Spongebob’s face, draw two large circles across the horizontal line you drew in the previous step. These circles should be about 1/4 the length of the body (square). Make Spongebob’s nose by drawing an elongated “U” shape that sits in the center of the eyes. This “U” should overlap the left eye by a small amount. 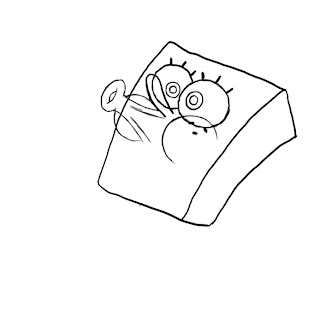 Beneath each of the eyes, draw a same-sized circle, which will become Spongebob’s cheeks. Spongebob will be blowing bubbles in this pose, so his mouth will look something like a stretched-out volcano. This shape should narrow a little, and have a donut shape at the end. 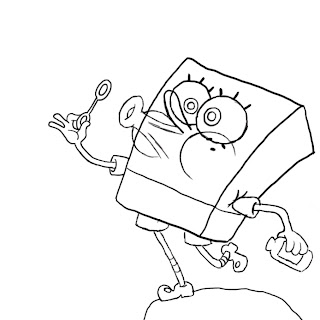 About 1/3rd up Spongebob’s body on each side, draw a small triangle that will be his sleeves. And at the bottom of his body, draw two small semicircles that will be his pant legs. Spongebob’s arms extend from each triangle, with the left arm curving downward to grip a bottle of bubbles. His right arm curves upward, and ends near his mouth, with a bubble wand in his hand.

Each of Spongebob’s legs are roughly 1/2 the length of his body. With each leg ending in an anvil-shaped shoe.

Once you have all the basic shapes drawn, you can add the final touches to your Spongebob. A few spots, eyelashes, stripes on his socks, and of course, his little red tie. 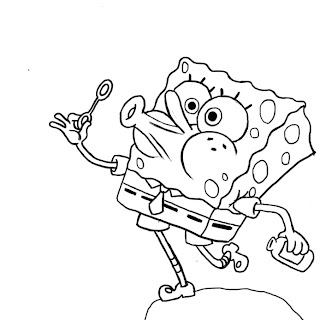 While this pose is very particular, if you can remember the proportions that make up Spongebob, you can draw him in any pose you like: