How To Draw The Superman Logo - Draw Central 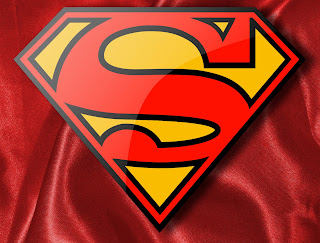 Recently I received a request to do a tutorial on how to draw Superman’s logo. It has been a little while since I’ve been around the blog lately– so what better way to get back into the swing of things than to take a reader request? 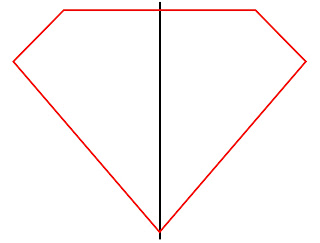 To get the Superman logo started, we’ll first need to draw the diamond shaped outline. This outline is essentially an upside down triangle. The only difference here is that the two top corners are flat, instead of pointed as on a standard triangle.

I find that it is easier to draw a straight line running vertically first, to help keep things symmetrical. 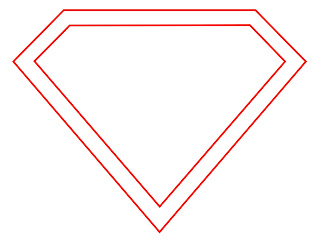 Next, repeat the previous process to draw another smaller diamond shape to form the thick border of Superman’s logo. 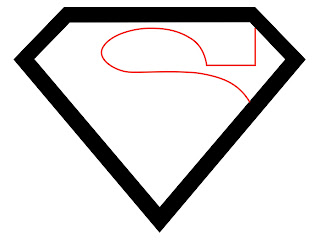 Darken in the border, and now we can begin to draw the large “S” in Superman’s logo.

Starting at the top right corner of the logo, draw a sharp angle for the squared off edge of the “S”, and continue a long curved line about halfway down the triangle. 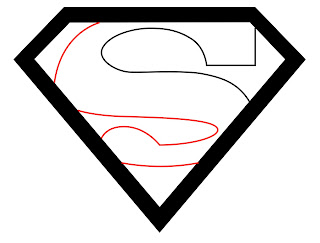 Finish off the “S” of Superman’s logo just as you would draw a regular “S”.

As you can see in the image on the left, the border of Superman’s logo cuts off just a little bit of each side of the letter S. 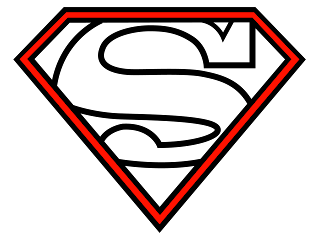 Next, retrace the outline of the letter S to give it a thicker border.

If you’re drawing in color, draw a thin red band going around the outside of the Superman logo.

Finally, color Superman’s logo the traditional red and yellow, and you’re all done!