How To Draw A Grasshopper - Draw Central

How To Draw Taz

How To Draw A Giraffe 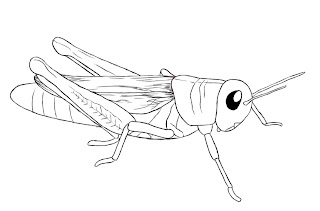 Today I will be fulfilling another reader request and teaching you how to draw a grasshopper. When I was younger, I used to catch these little guys on the playground at school, until I developed a massive bug phobia. Now, I’ll just stick to drawing them! 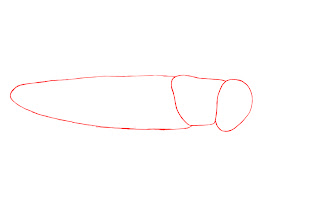 The step in drawing our grasshopper is to divide its body into its three most basic shapes. A small circle for a its head, another square shape behind it for its thorax, and a very long oval which will be the abdomen. 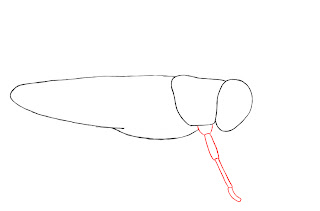 Like all insects, grasshoppers have six legs. We are going to start by drawing the leg nearest the bug’s head.

As shown in the image on the left, draw a very skinny leg, made up of four small ovals. 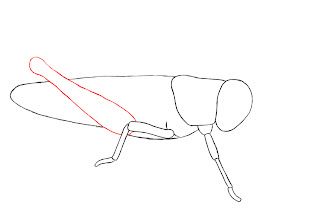 Repeat the previous step for the middle leg of your grasshopper.

To make its rear leg, the largest, we will draw it in two parts. The first step being to draw a very large, upward-pointing oval which will be the “thigh” of your grasshopper’s leg. 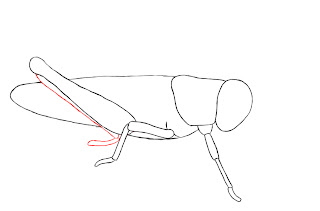 Draw another thin line that runs back down along the first part of the bug’s leg, and a very small foot at the end. 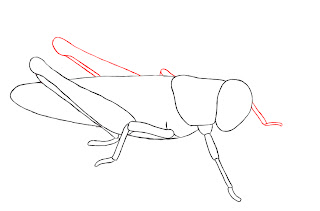 Now that you know all that’s involved in drawing the first three legs, give your grasshopper the same legs on the other side of its body, keeping in mind that the body will be blocking half the legs. 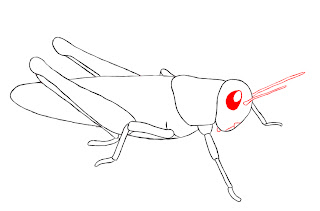 We are going to draw the grasshopper’s head as one single step, by drawing a large oval eye, two very thin antennae, and a couple bumps at the bottom of its head for a mouth. 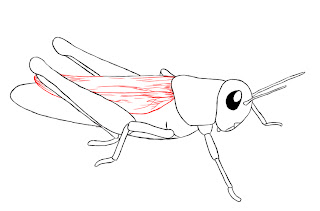 Give your grasshopper a wing by drawing an oval that runs along its back, with several lines running down it to simulate veins on the wing.

As you can see, your grasshopper should be pretty much complete by now. All that I’ve done here is to add a little more detail by adding a few lines on the abdomen, and running down the rear leg.