How To Draw A Parrot - Draw Central

How To Draw A Cow 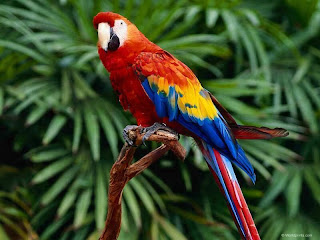 In keeping with all the animal tutorials lately, today we’re going to learn how to draw a parrot.

If you recall, a while back I posted a tutorial on how to draw a bird. This will expand on those steps which teach you the basics of how to draw birds in general, and help you specifically with drawing parrots. 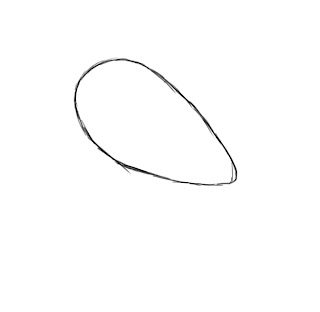 The first step in drawing a parrot is to make a large egg-shape for its body. The narrow point of the egg-shape is where the tail will be, and the wide  point will be attached to the head.
This oval should be pointing slightly upward on a diagonal, with the narrow end pointing down. 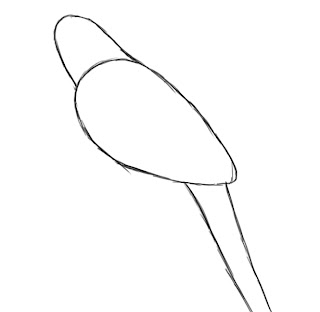 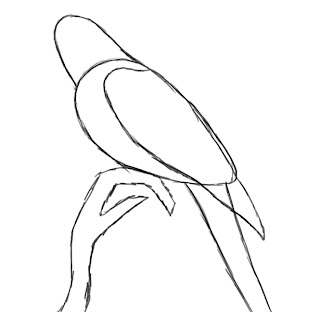 On the body of your parrot, draw a large oval that almost looks like the oval you drew in the first step. This will be the folded wing of your parrot.
The parrot’s wing should be about 1/2 the width of its body, and stretch about halfway down the tail.
Don’t forget to add a branch or perch of some type for your parrot to rest on. 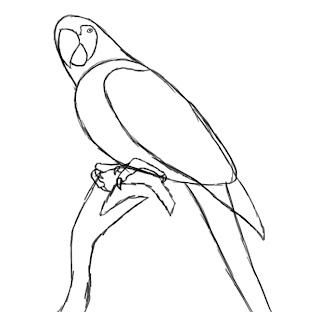 Parrots have very large beaks that take up the majority of their faces. Draw this by making two teardrop shapes in the center of the parrot’s head.
To the right of your parrot’s beak, draw in a very small, beady eye, with a half circle around it.
Add in a couple four-toed feet that attach your parrot to its branch. 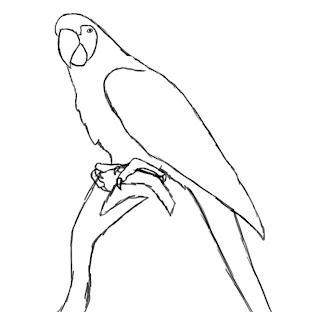 Once you erase your guidelines from the previous steps, you should be able to see your parrot in its entirety.
As you can see, I make the parrots outline uneven, which helps to give the look of feathers. 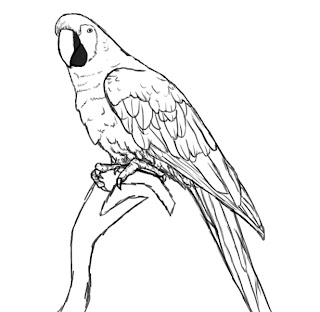 All that is left to do is to draw in the details of your parrot.
Most parrots have two-toned beaks, so I have added a little black to this one’s beak.
It may look intimidating to draw the feathers of your parrot, but by drawing several large feathers on the wings, you can easily achieve a realistic look.
To give the look of short feathers on the parrot’s body, place a few short lines randomly throughout its midsection.
Parrots have very thick, scaly skin, so add in a little texture to their feet to mimic this. And that’s it! Hope you’ve enjoyed this tutorial!
–>