Vote in the Poll Everyone!

How to Draw Gir from Invader Z.. 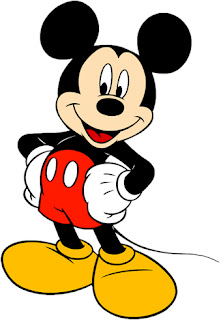 There’s no debating that Mickey Mouse is a cultural icon. He is the face of Disney, and has been on television for decades. While Mickey may be a creation of Disney, they aren’t the only people who can draw him. With a few simple steps, you can draw Mickey Mouse like a pro! 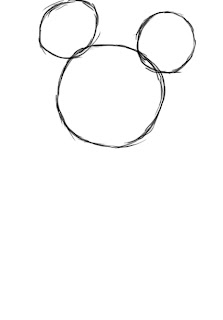 Mickey Mouse is basically built of a bunch of circles, so to start with, we are going to draw the three circles that make up Mickey’s head and ears. Draw one large circle, and two circles on top of that, that are about 1/3 the larger one’s size. 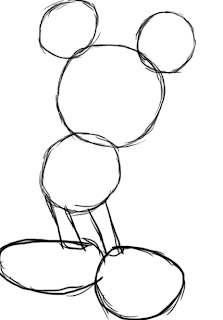 Next, we are going to draw Mickey’s body. To do this, draw another circle under the largest circle of his head. This circle should be just slightly smaller than Mickey’s head, and will serve as his midsection.
Draw two small  rectangles at the bottom of that circle, that point slightly backwards, which make up his legs. And two very large circles (about the same size as his head) which will become Mickey Mouse’s shoes. 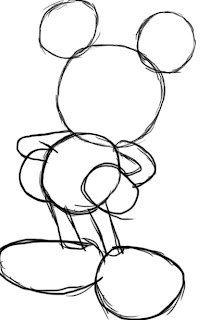 To make Mickey’s arms on his hips, draw two “C” shapes on either side of his body, with large circles at the end of each one. 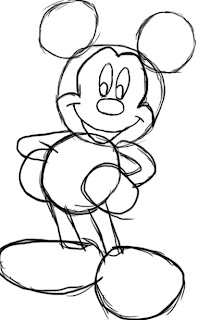 At this point, I like to draw Mickey’s face. To start with, draw two vertical ovals that touch together in the center of his head, which will be his eyes. Right below his eyes, ALMOST touching, draw another large oval that will be his nose. His nose is as wide as both of his eyes.
Mickey also has a clover-shaped,light colored area in the center of his face. To draw this, make a line that starts at the bottom-left side of his face, and wraps around to the bottom-right side. This line contours Mickey’s eyes and cheeks. Add in a simple smile, and Mickey Mouse’s face is done! 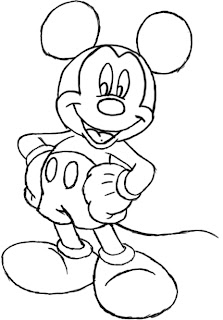 Basically, at this point you should have a fairly complete drawing of Mickey Mouse. As with all of my tutorials, the last step is to flesh out the details. Add pupils to his eyes, A very thin tail above his legs, creases in his shoes and gloves, and two large buttons on Mickey’s shorts and you are done!
I hope you have enjoyed this tutorial on how to draw Mickey Mouse. Be sure to send in YOUR completed drawing of Mickey, and you could be on the front page of Draw Central! Cheers!
–>