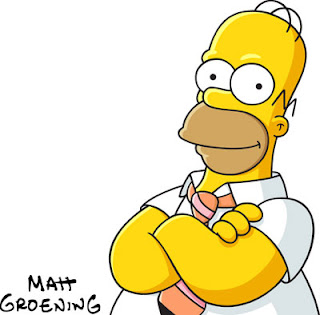 Did you honestly think that I was done making cartoon tutorials? Not by a long shot, people! Today’s tutorial is of a pop culture icon, Homer Simpson. This was yet another reader request, so let’s jump right in! 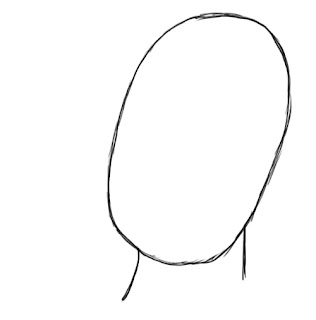 One of the first things you notice about Homer Simpson when you look at him, is his huge, bulbous head. This head is basically just an oval. So to start your drawing, draw a large, vertical oval. You can also add a couple lines at the bottom of the oval to give you an idea of where Homer’s neck will start. 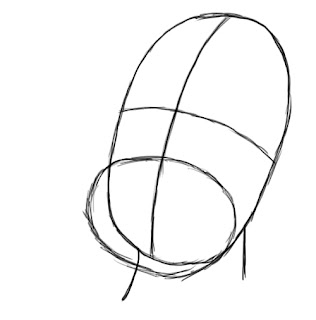 To help you visualize where Homer’s facial features will go, divide the oval into 4 sections by drawing a horizontal line across his face, and a vertical line down it. Since this is a 3/4 view of Homer and he is leaning slightly away, the vertical line will be a little closer to the left of his head.

Also, place another oval that hangs slightly lower than Homer’s face, which will serve as his mouth, as shown in the picture to the left. 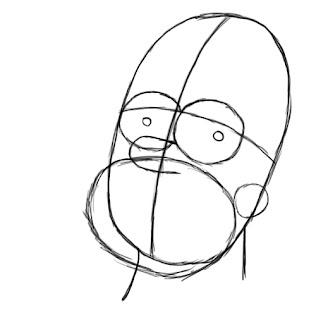 Homer Simpson has huge eyes that seem to pop out of his face. So to create these, draw two large circles along the horizontal line you drew in the previous step. These circles will stretch almost across the entire width of his face, with just a little space left on the right side of his head.

Between Homer’s eyes and his mouth on the right-hand side of the drawing, draw a small circle that will serve as his ear. And a sideways “U” shape between his eyes will create his nose. 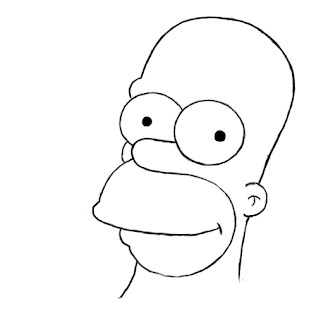 Believe it or not, most of the hard work in your drawing is complete at this step. The only task to do at this point is to erase your guidelines, and give Homer’s mouth a little smile. 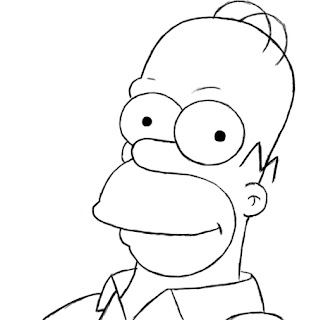 The final step in drawing Homer Simpson is to fill in the rest of the smaller details. Give Homer his trademark two pieces of hair on top of his head, and the “M” shape on the side. Add ridges over his eyes to form his eyebrows, a collar, and you’ve got yourself a complete Homer Simpson! Congrats!